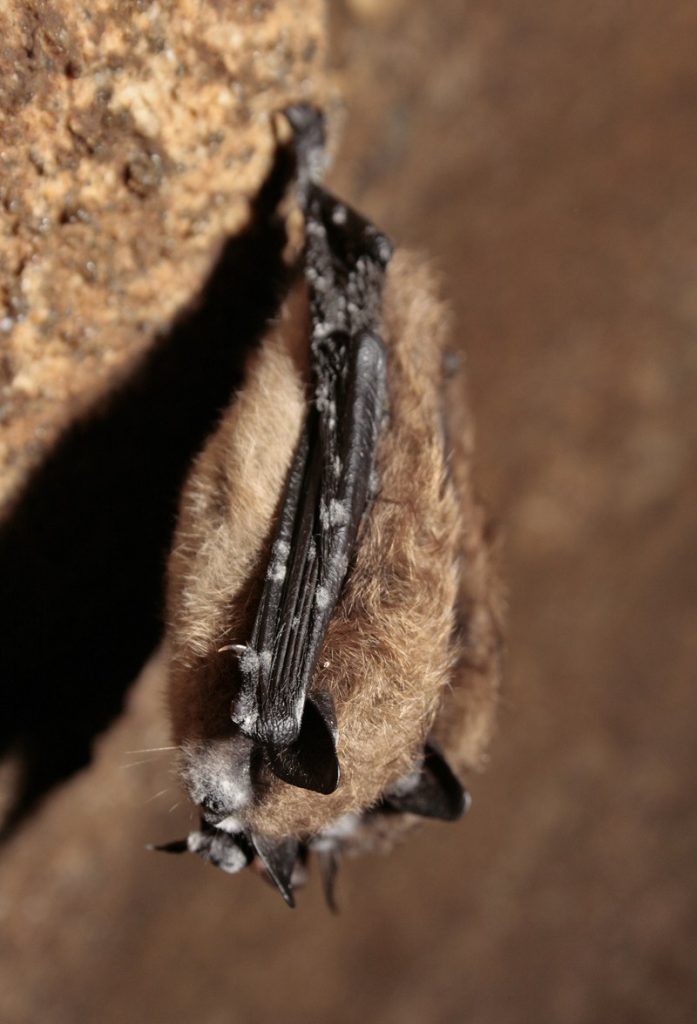 Contact Environment is a non-profit organization in the Gaspé Peninsula, focused on the environment and collecting scientific data. In 2015, the body confirmed the presence of white-nose syndrome in bats in the region. This is where the story of SOS Bats and Gaspé bats at risk begins.

What is white nose syndrome?

White-nose syndrome (BMS) is characterized by massive bats that are often associated with white fungal growth on the muzzle, ears, or wing membrane of bats affected by this condition.

SMB was first observed in dead bats hibernating in a cave near Albany, New York, by the New York State Department of Environmental Conservation during the winter XNUMX- XNUMX. Since March XNUMX and to this day, biologists and speleologists have documented thousands of bats affected or dead from SMB, in an ever increasing number of places. This rapid spread of the syndrome unfortunately seems to be maintained year after year, increasing the area affected and the number of bats at risk (see map - Source: https://mffp.gouv.qc.ca/?lang=en). 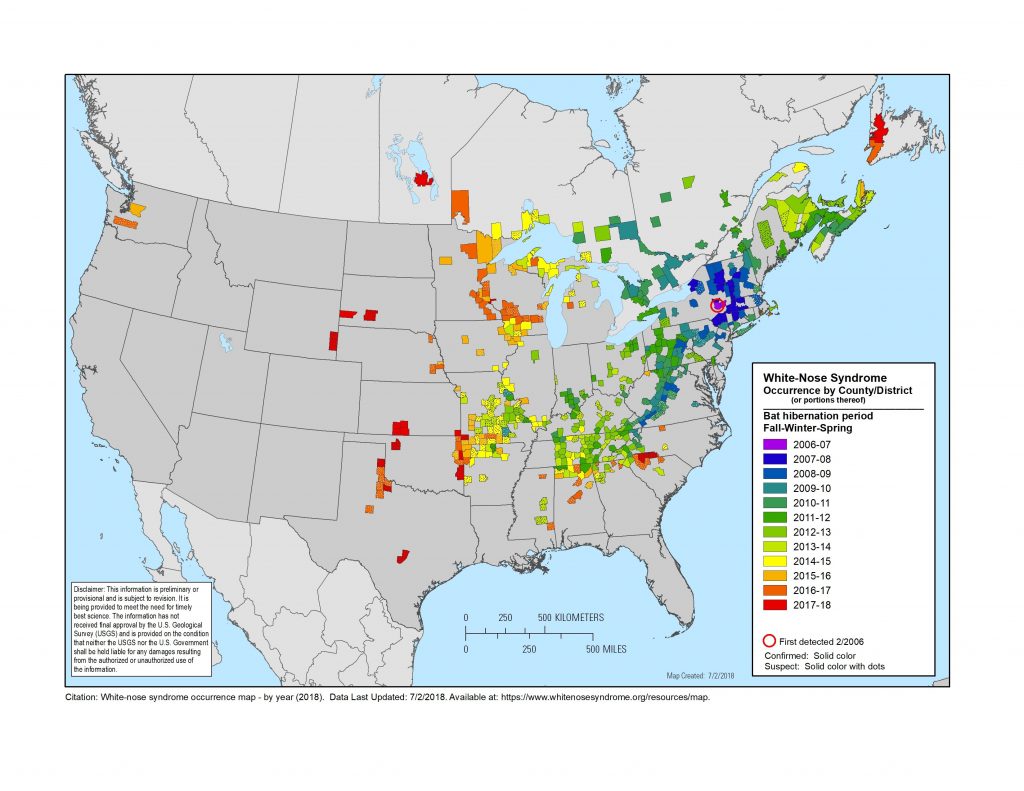 Following the concern about the bad news for bats, the SOS Bats project was born from a collaboration between Contact Environment and the Micmac Nation of Gespeg . It was funded by the Aboriginal Fund for Species at Risk.

The work then started. Anabat Express acoustic monitors were used to confirm the presence of species at risk and migratory bats from Pointe à la Garde to Gaspé. A wind farm at L'Anse à Valleau was also part of the initial project and included monitoring of mortality and acoustic monitoring activities. The confirmation arrived quickly: there are indeed migratory bats and (resident) species at risk.

The rest of the study, direction Percé

More recent partnerships to continue studying and to try to help bats at risk have been initiated on the south side of Gaspésie, with the Grotto of Saint-Elzéar and the Géoparc of Percé.

In the spring of 2018, an Anabat Express monitor was installed at the geosite of the "bottomless hole" of the Geopark. Isabelle Cyr Parent (Head of Science and Education at the Percé Geopark) and Jeanie LeLacheur (Founder-Coordinator of Contact Environment and SOS Bats) snowshoeed up the hill to install the monitoring equipment.

Then at the end of October 2018, François Fabianek from Groupe Chiroptères du Québec came to the Geopark to install temperature recorders inside and outside the cave. The long-term goal of this work is to confirm that the cave is a hibernacula (winter hibernation site) for bats.

Contact Environment has also invited the Geopark to participate in the construction of a Bat Condominium in the hope of attracting breeding females to use as a Maternity Dormitory (a safe place to have and raise their young) on the site and to set up a management and monitoring plan. Obviously, the Geopark has accepted! 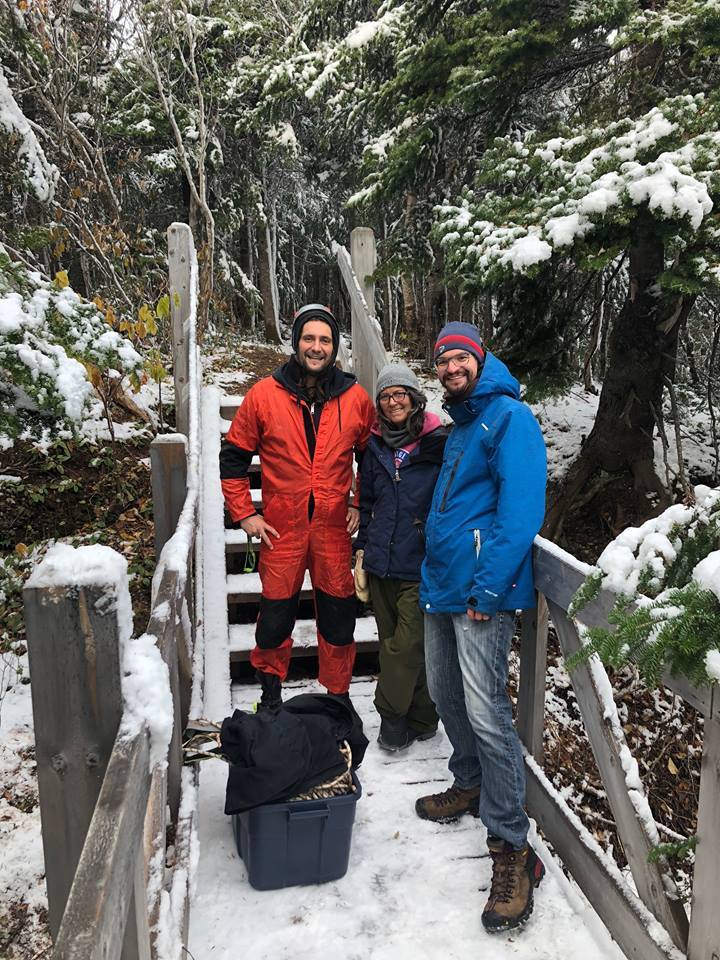 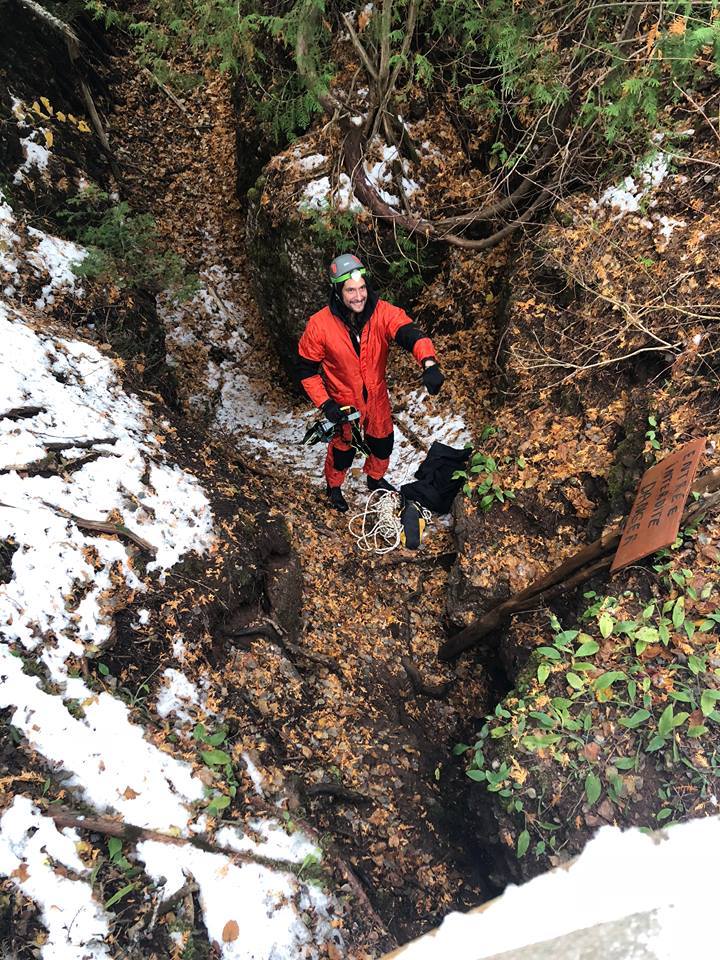 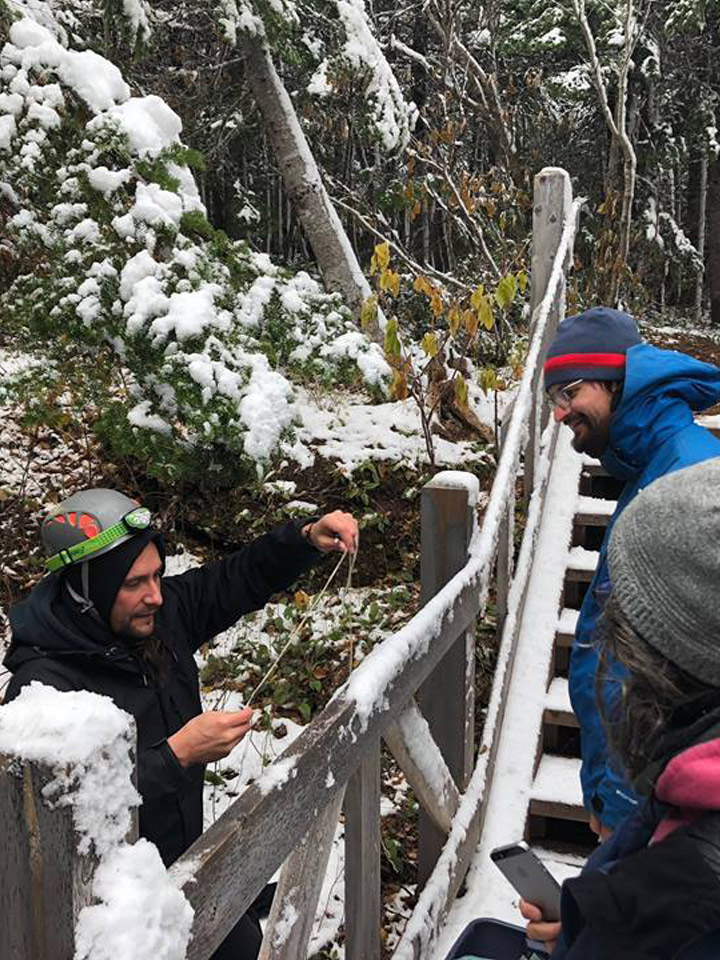