Good morning to you dear reader!

How about a little read to start the day off right? Agathe, her head full of beautiful memories following her visit to the Unesco Geopark of Haute-Provence, continues its journey to another unique place in Europe, the Beaujolais UNESCO Global Geopark. Does the name Beaujolais ring a bell? Oh yes ! This is a French vineyard! But even more, the history of this territory, located in the south-east of France, in the region Avergne-Rhône-Alpes, goes back like us, to more than 500 million years.

Arriving on the site, Agathe is captivated by the beauty of the place. Beaujolais is much more than wine, it's a story that begins in the Cambrian era until the Quaternary. Beaujolais is 500 million years geological phenomena and terrestrial upheavals linked to the movements of tectonic plates. The soil has undergone many modifications over time. Thus, it became volcanic, mountainous, completely flat, flooded until it became mountainous again. This is why the territory of this geopark offers an unparalleled diversity of rocks, whether sedimentary, metamorphic ou igneous. 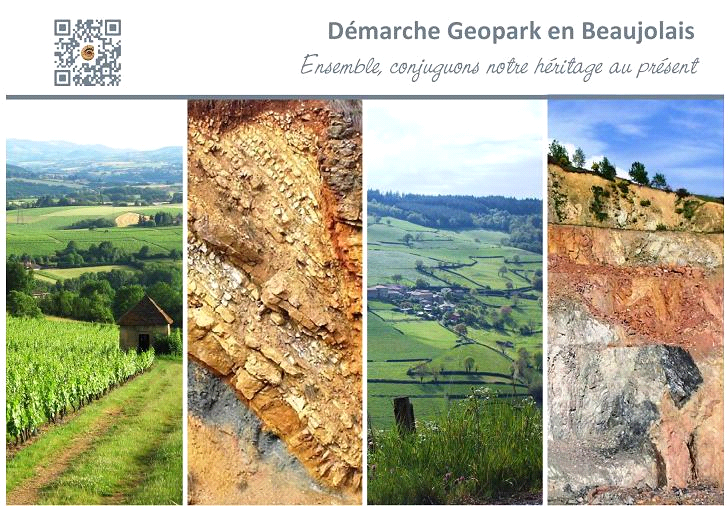 The physical as well as cultural identity of the Beaujolais UNESCO Global Geopark is partly based on its geological history. So the 28 geoparks in the geopark are composed of an astonishing diversity of natural environments such as moors and dry lawns, the Saône valley, forest and mountain environments, open environments and vineyards, rivers and wetlands, mines and quarries. In these magnificent places, most of the houses, churches and castles are made from stones drawn from the soil of Beaujolais. The presence of these stones reminds us of a geosite located in the heart of Percé UNESCO World Geopark, Saint Michael's Church built from red sandstone from the quarry of Cannes-de-Roches. 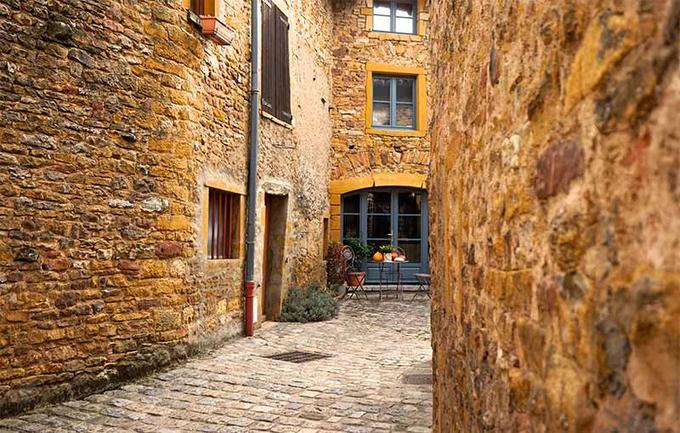 Did you know that the kind of rocks on which the vines grow determines the quality of the grape varieties? In Beaujolais, there are two types of soils on which the vines grow: soils predominantly clay-lime (about 200 million years) and granitically dominant soils (about 250 million years). It is on these that the best Beaujolais wines come to life. Source: https://www.vins-du-beaujolais.com/le-beaujolais

Of all the places visited at Unesco World Geopark of Beaujolais, the one Agathe preferred is Mont-Brouilly. Located in the Rhône department, this mountain of 484 meters offers a striking view of the Beaujolais landscape. At its summit sits the Notre-Dame aux raisins chapel since 1857.

The Beaujolais UNESCO Global Geopark conquered Agathe's heart. With her head full of unique moments, she is already preparing for her next adventure. Stay tuned!