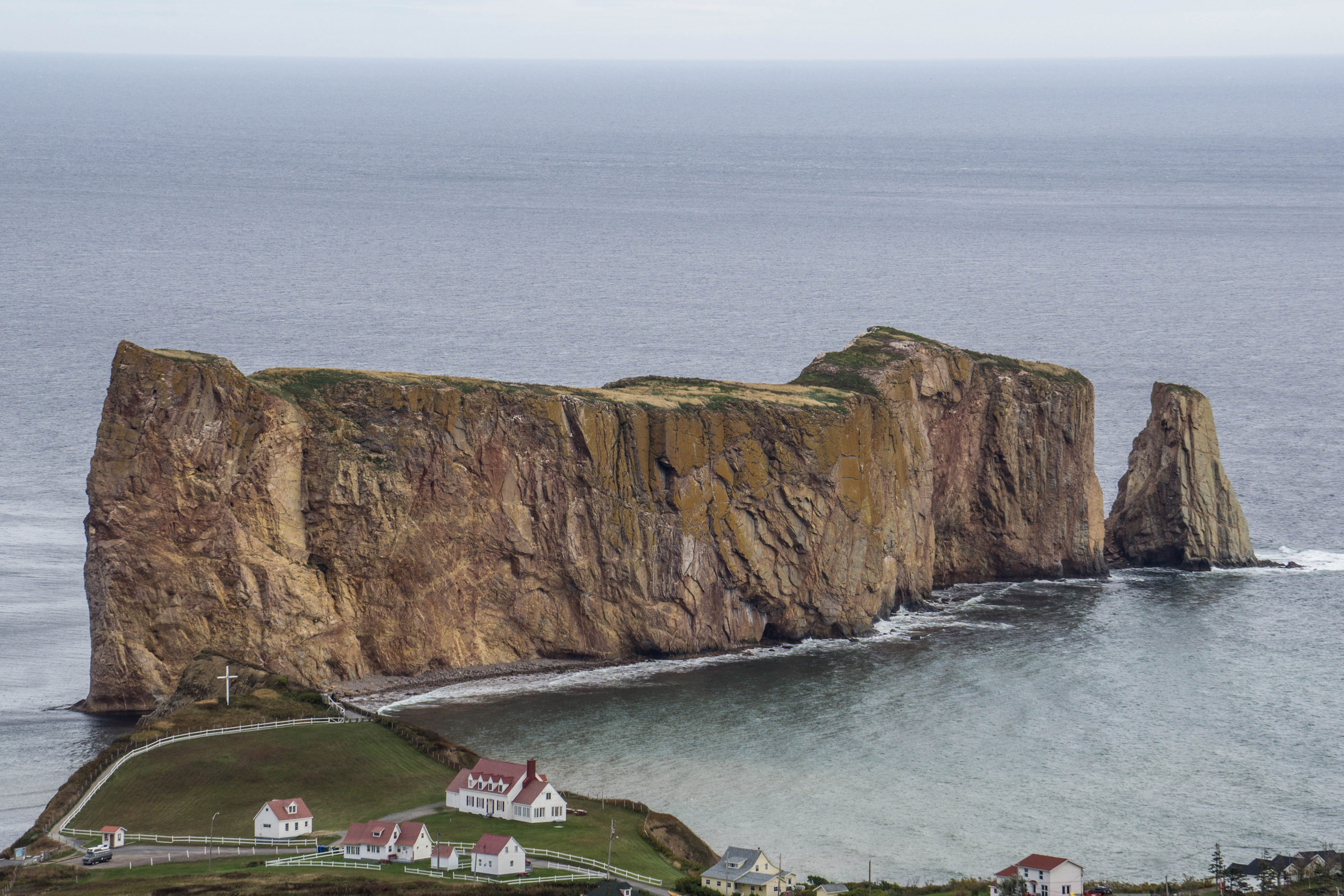 Location: Off the cape of Mont-Joli, in the center of the village. Percé Rock Sector of Bonaventure Island and Percé Rock National Park.

Accessibility: Not accessible to the public - Walking along the walls of Percé Rock and Mont Joli is extremely dangerous. Several tons of rock fall from the rock and mount Joli each year, and this, in any season. - However, visible with cruises to Bonaventure Island-and-Rock-Percé National Park.

Among the interests: A monolith formed of vertical strata of limestone belonging to the Forillon Formation (Lower Devonian: 394 Ma - 418 Ma) which contains fossils. The Percé Rock is of the same geological formation as the Three Sisters. They were separated by a fault. At the time of Jacques Cartier's explorations, there were three arches. Since then, two of them have collapsed, leaving secondary stacks off the rock, only one of which still stands.

Among the interests: This fishing village on Bonaventure Island is linked to geology. Indeed, if it is the cod trade that brought the settlers to the island, it is the geology that determined the villagers to choose this place for the location of the village: the beach is ideal for drying fish and facilitates access to the sea.

interpretation: Explanations given by the naturalist guides of the Bonaventure Island and Percé Rock National Park. 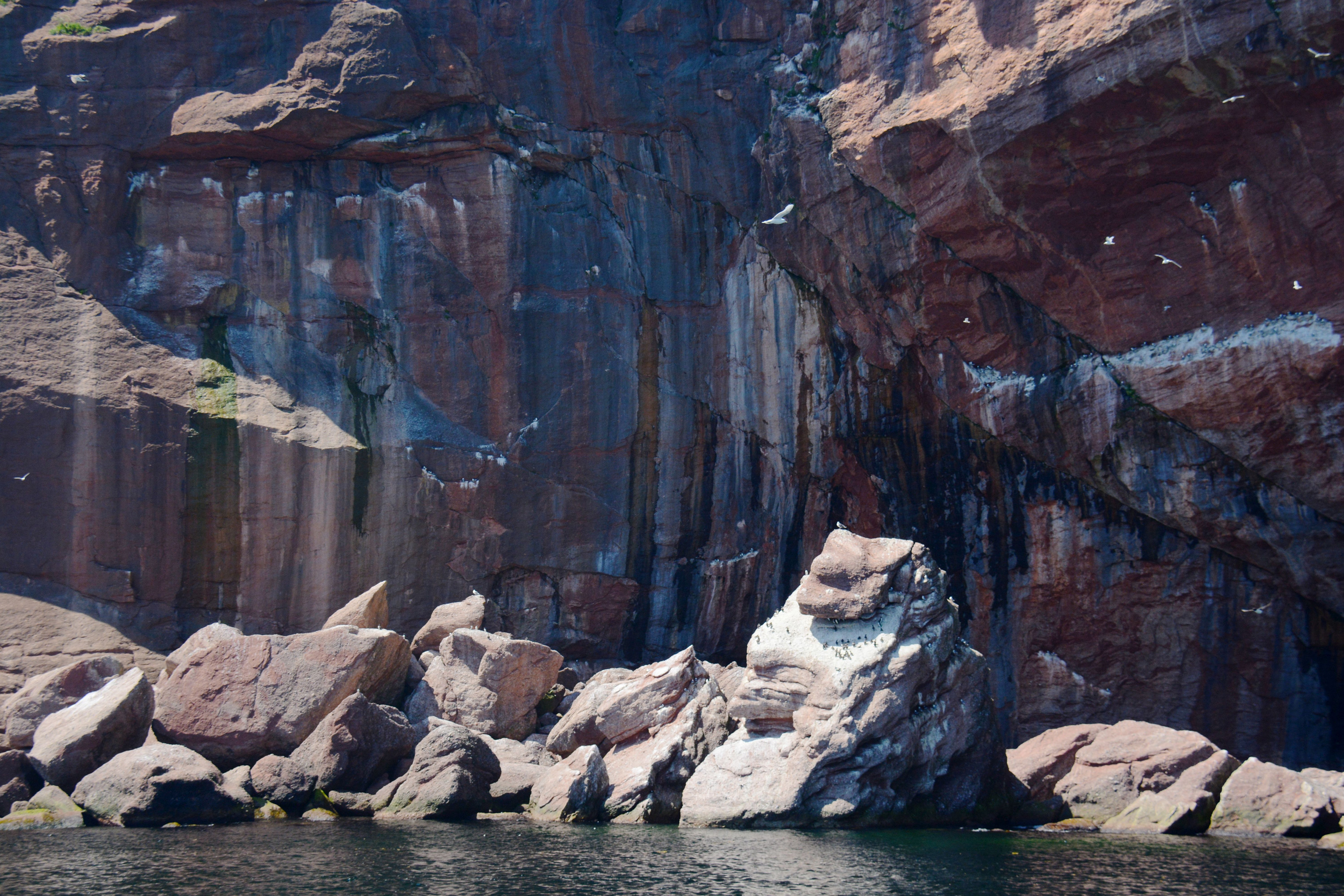 Accessibility: easy, with cruises in the Bonaventure Island-and-Rock-Percé National Park.

Unique character: Outcrop of the pre-carbon base.

Among the interests: The whole area is characterized by a pronounced undersea relief and scuba diving enthusiasts are very active there. This topography and the marine currents support a large population of commercially exploited lobster in a spirit of sustainable development. It is also a site conducive to the observation of seals. 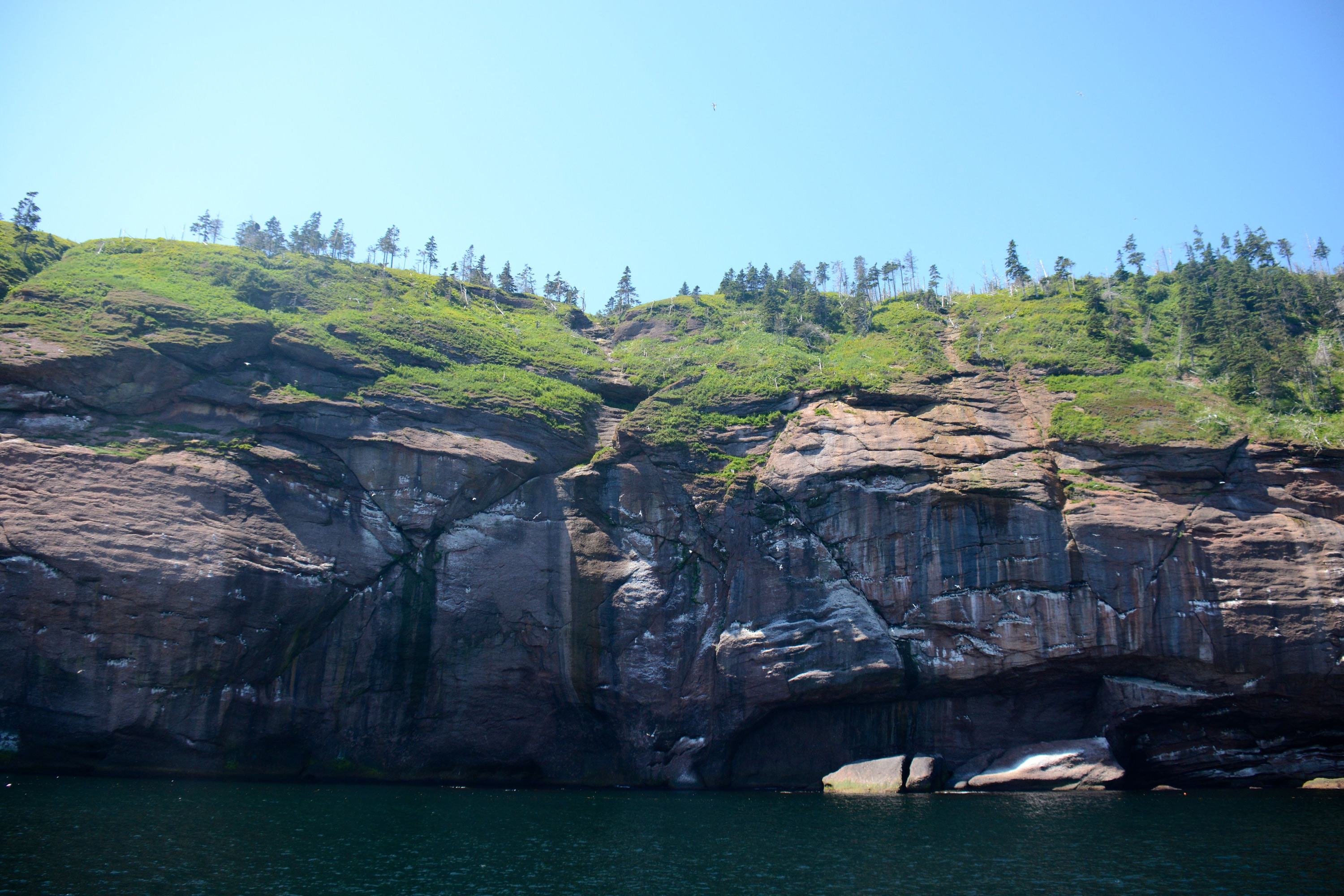 Unique character: Level Cliffs - One of the largest colony of Gannets in the world.

Among the interests: The high cliff on the east side of Bonaventure Island is made up of layers of red conglomerate from the Bonaventure Formation. Facing the rising sun, and all in level thanks to the faster erosion of its finest beds and most tender, this cliff has become a favorite place for the largest accessible colony of Northern Gannets, which come to nest there every year.

interpretation: Interpretive activities by park rangers from Bonaventure Island and Percé Rock National Park to the colony of gannets. 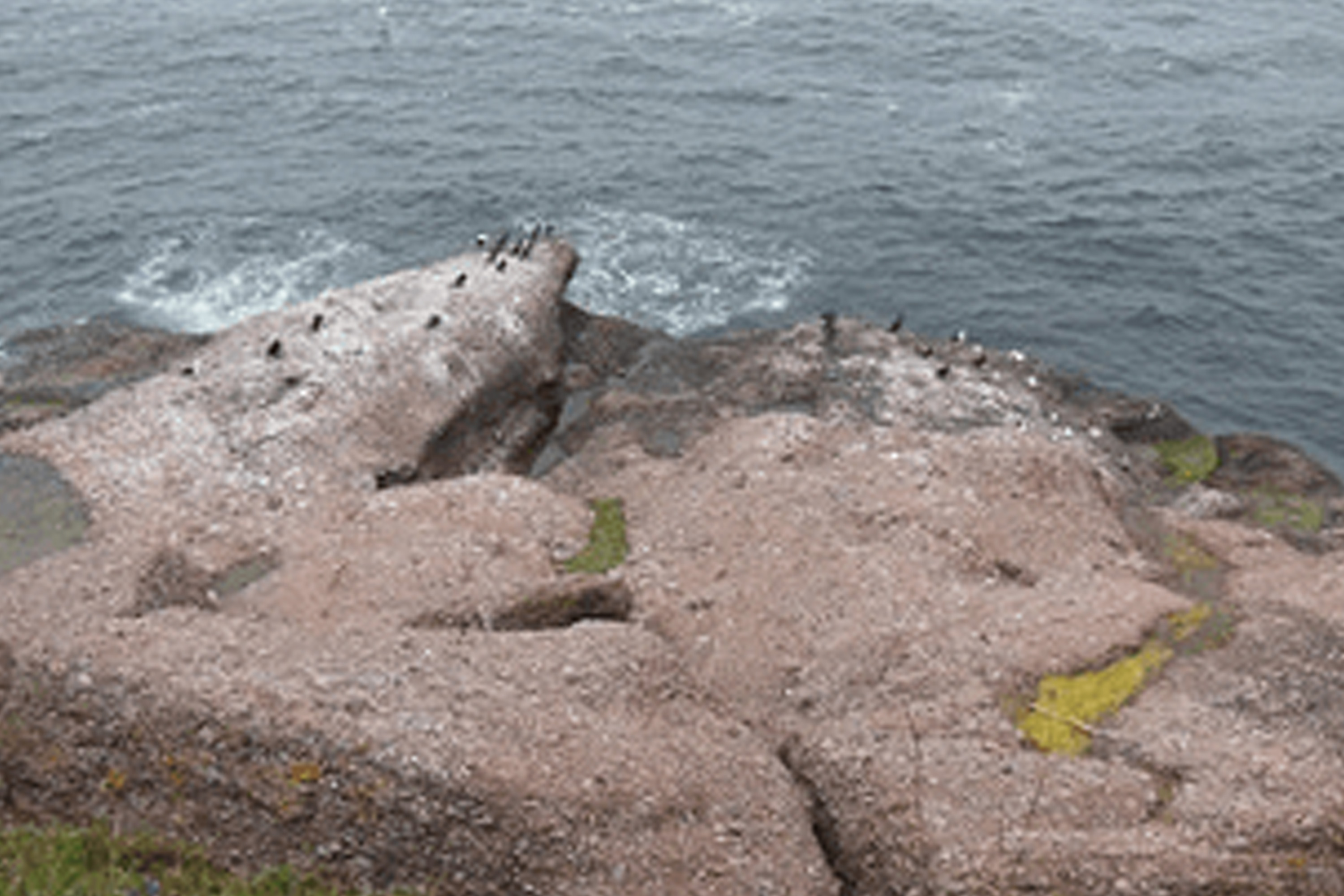 Among the interests: Formation of Bonaventure near the trail, interesting to see and understand how a conglomerate is formed. 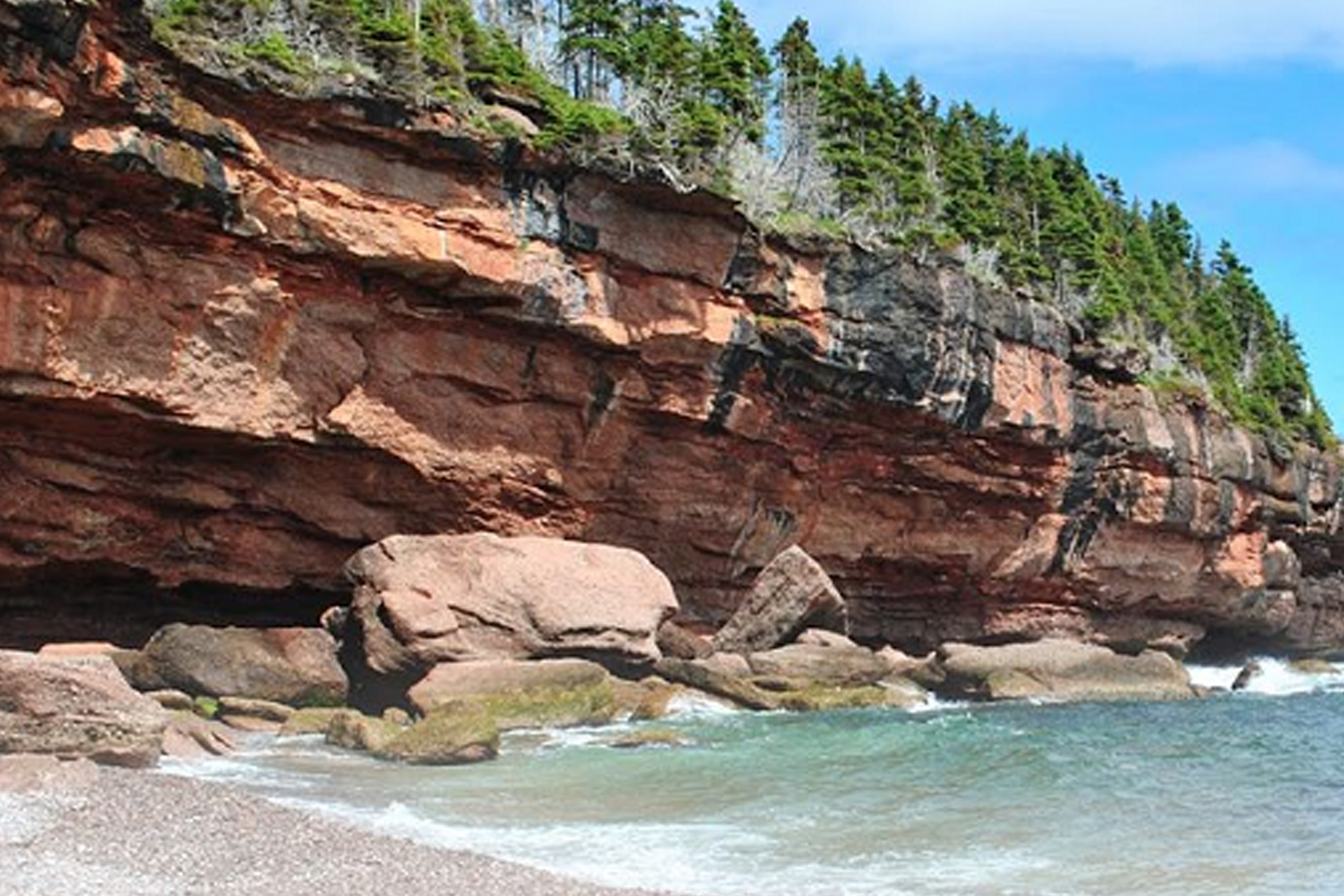 Among the interests: An attractive site for observing closely the sloping Bonaventure Formation along the Cap Blanc fault, which closely follows the southern coast of Bonaventure Island. The Bay of Marigots is also a site conducive to the observation of seals.